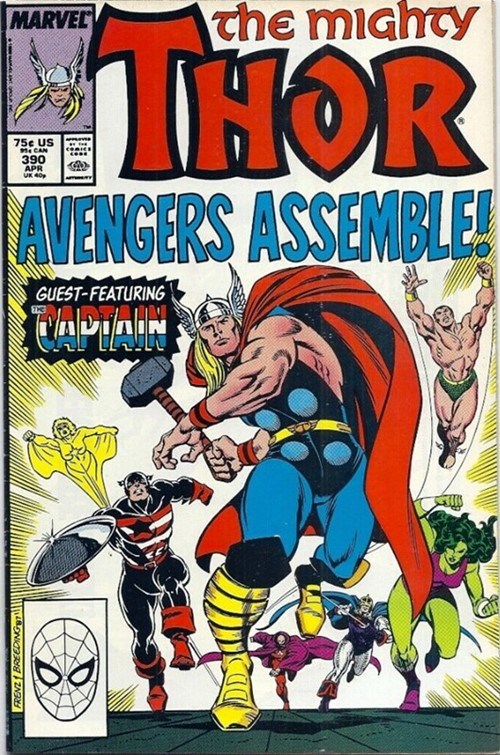 Key Issue
Basic Information
Published
April 1988
Comic Age
Copper
Cover Price
.75
Creators
Writer
Tom DeFalco
Interior Artist
Ron Frenz
Cover Artist
Brett Breeding , Ron Frenz
Inker
Brett Breeding
Letterer
Christie Scheele
Colorist
Jack Morelli
Editor
Tom DeFalco , Ralph Macchio
Stories
Stories may contain spoilers
Cap & the Hammer
The Hero and The Hammer!
Thor arrives on Hydrobase, and learns of the many changes to the Avengers. Asgard is once again attacked by Seth’s legions, while Grog and more Demons of Death attack Thor and the Captain. During the battle, the Captain lifts Mjolnir and sends it back to Thor’s grasp. Thor then easily defeats Grog and the soldiers, sending them back through the gate.