Close
Please fill out the following form to report a missing variant issue from the database.
If this is a regular missing issue, please use the missing submission on the title in question.
Please only report variant missing issues after attempting a thorough search, and do not submit false information.
YOUR IP AND USERNAME WILL BE STORED WITH THE INFORMATION.
MISSING VARIANT INFORMATION
Upload the highest resolution cover scan you can find for this variant. Do not use watermarked scans. 5MB Max Size.
Submit Variant
Issue #2
Issue #4 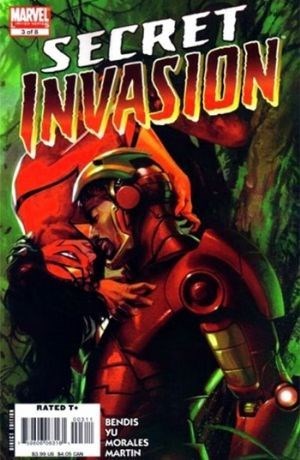 We hop over to Camp Hammond where the members of the Initiative are all being gathered together. Yellow Jacket arrives on the scene and tells everyone that New York is under attack by aliens, but he doesn’t know who they are exactly. Yellow Jacket tells the Initiative members that this is what they have been training for.

We slide over to the Savage Land where we see Spider-Woman attacking Echo. Echo tells Jessica to stop attacking. Echo says that she is not a Skrull. Spider-Woman responds “I know.” Spider-Woman then blasts Echo and takes her out.

We then see Tony working frantically to try and stop the Skrull virus that is infecting his tech. Spider-Woman walks into the lab and tells Tony that he can relax. That he did it. That his work on Earth is done. Spider-Woman says that Tony will go down in history as the greatest warrior in the Skrull armada. And that Tony will always and forever have the undying love of his queen. Spider-Woman then kisses Tony.

Tony yells “I am not a Skrull!” Spider-Woman explains that that is what Tony was trained to think. Spider-Woman says that she is sorry the truth had to be hidden from Tony. That Tony served the role of turning hero against hero and positioning himself as the world’s most important person.

Spider-Woman calls Tony by his Skrull name “Kr’Ali” and tells him that she praises him and loves him. That his day is well earned.

The Super Skrulls stand victorious over the bodies of all the fallen heroes. Suddenly, the Super Skrulls begin to vibrate and then explode. We then see that Nick Fury in his SHIELD uniform and his new Howling Commandos have arrived on the scene. 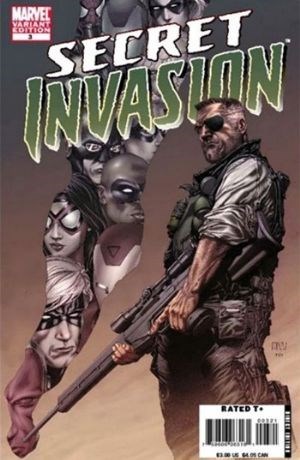 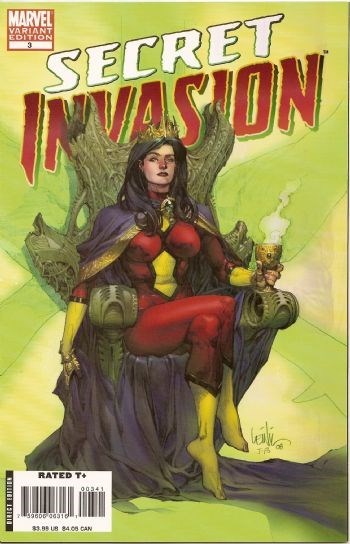 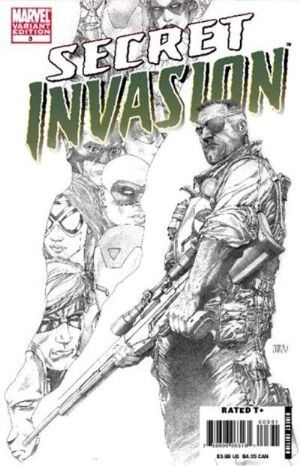 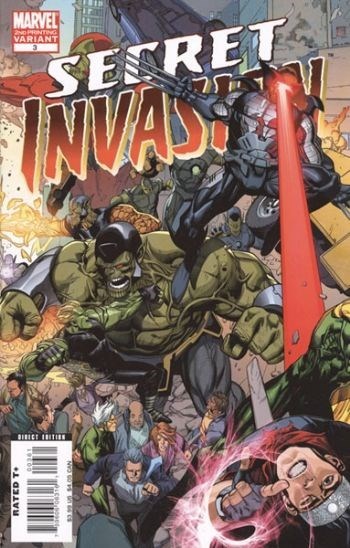 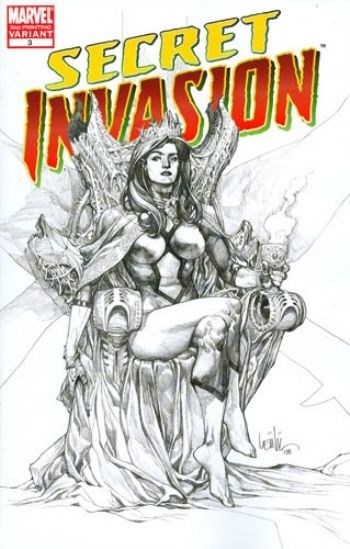