Close
Please fill out the following form to report a missing variant issue from the database.
If this is a regular missing issue, please use the missing submission on the title in question.
Please only report variant missing issues after attempting a thorough search, and do not submit false information.
YOUR IP AND USERNAME WILL BE STORED WITH THE INFORMATION.
MISSING VARIANT INFORMATION
Upload the highest resolution cover scan you can find for this variant. Do not use watermarked scans. 5MB Max Size.
Submit Variant
Issue #1
Issue #3 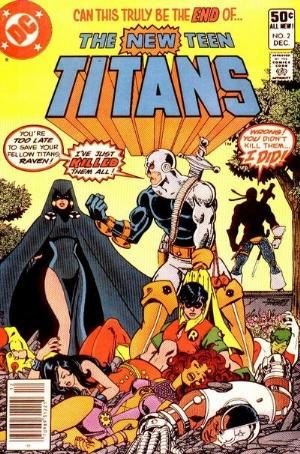 Grant Wilson gets into an argument with his girlfriend Carol Sladky. He begins to get abusive when Starfire and Wonder Girl enter the room and repel him with their powers. Because of this (as well as other matters), Carol breaks up with him. Swearing revenge, Grant entreaties upon his contacts at H.I.V.E. to gain the ability to get revenge. But the H.I.V.E. is more interested in hiring the services of Grant's father, the Terminator. However, they put Grant through a process that allows him to use 100% of his brain and name him the Ravager. The Ravager later attacks the Titans at the home of Changeling's stepfather Steve Dayton in the Hamptons. Deathstroke appears to provide his son with backup, but the energy required to power Grant's hyper reflexes prematurely ages him. Within minutes, his body can no longer sustain itself and he dies. Deathstroke agrees to complete Grant's contract with the H.I.V.E. but at a time of his own choosing. Meanwhile, Raven returns to her home realm of Azarath to try and divine the secret plans of her demonic father Trigon. 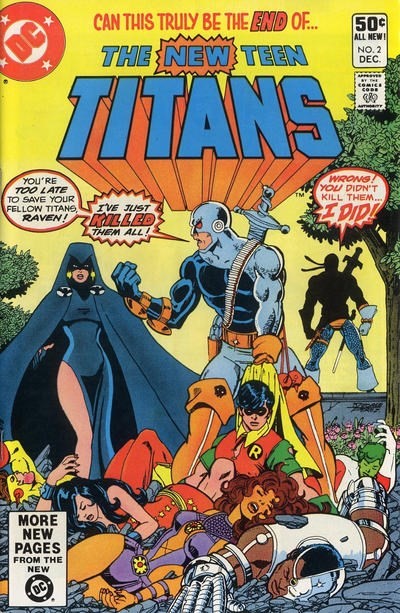