Close
Please fill out the following form to report a missing variant issue from the database.
If this is a regular missing issue, please use the missing submission on the title in question.
Please only report variant missing issues after attempting a thorough search, and do not submit false information.
YOUR IP AND USERNAME WILL BE STORED WITH THE INFORMATION.
MISSING VARIANT INFORMATION
Upload the highest resolution cover scan you can find for this variant. Do not use watermarked scans. 5MB Max Size.
Submit Variant
Issue #7
Issue #9 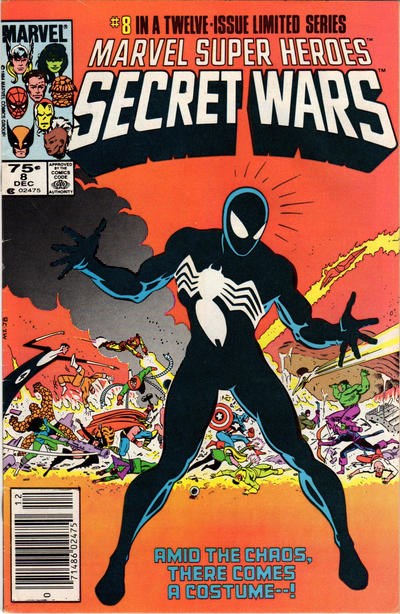 With She-Hulk in danger at Doombase, the heroes gathered on Battleworld rush to her aid. Their attack attracts the attention of the Enchantress who has been drinking since she thought Thor was slain by Doom's minions but sees that he is actually alive and well, however, she is too drunk to join the fight. Also hearing the commotion is Volcana who is still caring for the Molecule Man after he was seriously wounded by Wolverine in an earlier battle, she refuses to leave his side. While down below in the dungeon the deranged Klaw frees the Lizard from his cell. Elsewhere still, the rest of the villains are still pounding on the She-Hulk when they hear the attack and rush off to stop it. Before leaving, Doctor Octopus lands one more blow in the hopes of killing She-Hulk. While in his quarters, Doctor Doom continues to try and recover after being expelled from the Worldship of Galactus as his bodyguard Ultron guards from the door.

The heroes are ambushed by the villains and during the fight, Iron Man's armor is damaged by the Wrecker. The Thing tries to tackle the Absorbing Man but suddenly reverts back to human form, forcing Spider-Woman to come to his aid. While Thor ties up Doctor Octopus, Pile Driver tries to square off against Hawkeye but cowers away when the bowman manages to strike him with an arrow. The Hulk comes crashing in on the Enchantress but is knocked out by her enchanted charms. When she tries the same thing on Captain America, he resists her long enough to knock her out with his shield. While Spider-Man squares off against Titania, Hawkeye and Ben Grimm run into Klaw and the Lizard and are concerned that they are outmatched. Iron Man, Mister Fantastic, Thor, and Spider-Woman later locate Volcana and Molecule Man and try to attack. Molecule Man responds by erecting an indestructible screen around them, but Captain Marvel manages to pass through in her light form, but the heroes cease their hostilities when they find out that Owen has been seriously injured. While not far away, Spider-Man manages to get the best of Titania, delivering her a humiliating defeat and knocking her out of the fortress.

Meanwhile, Captain America and the Human Torch are squaring off against Ultron. Ultimately the Torch defeats the robot by unleashing his nova flame, overheating his circuits, and rendering the killer robot inert. Captain America then storms into Doom's quarters and seeing the state that Doctor Doom is in, considers Doom no longer a threat and leaves. With the battle over, Mister Fantastic and the others find Hawkeye and Ben Grimm playing patty-cake, thanks to the limited intellect of their foes. Soon She-Hulk is recovered and she is placed in the medical bay along with the defeated members of the Wrecking Crew, while the rest of the villains are contained in the dungeon below. While back in the alien village, Colossus rushes the unconscious Zsaji to her room. There he finds the bottle of mind-melding gas and uses it to learn what ills her. He discovers that the constant use of her powers to heal the various heroes have taxed her system and threaten to kill her. Colossus then professes his love to Zsaji. Elsewhere, Hawkeye and Captain Marvel return to discover that Zsaji pushed her powers to the limit so she could revive the Wasp. While from their lookout, the members of the X-Men notice that Galactus is getting dangerously close to completing his world-devouring device.

Back at Doombase, Iron Man is impressed that Mister Fantastic seems unsurprised that an African-American is wearing the Iron Man armor. While elsewhere Spider-Man notices that Thor got a new helmet and cap. When Hulk tells Spider-Man that there is a device that creates costumes by thought, he goes to check it out...

Rest of the story...
marvel.wikia.com/wiki/Marv