Close
Please fill out the following form to report a missing variant issue from the database.
If this is a regular missing issue, please use the missing submission on the title in question.
Please only report variant missing issues after attempting a thorough search, and do not submit false information.
YOUR IP AND USERNAME WILL BE STORED WITH THE INFORMATION.
MISSING VARIANT INFORMATION
Upload the highest resolution cover scan you can find for this variant. Do not use watermarked scans. 5MB Max Size.
Submit Variant
Issue #27
Issue #29 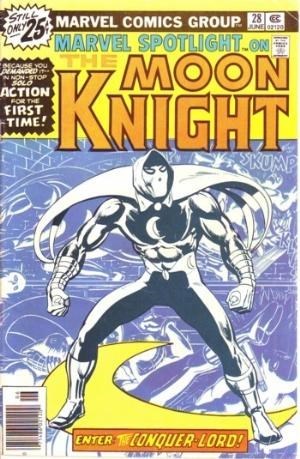 In Manhattan, the caped avenger known as Moon Knight spies seven masked men attempting a late night robbery. He swings down from the rooftops and quickly disables all seven of them with several swiftly thrown crescent darts. His work finished, he returns to his helicopter, piloted by his trusted ally, Frenchie. Frenchie informs Moon Knight that the building the masked men were attempting to break into was the campaign headquarters for a mayoral prospect named Charles Thurston.

Elsewhere, a man known as the Conquer-Lord conspires with a crony named Weasel. The Conquer-Lord is responsible for the failed burglary of the campaign headquarters. It is his intention to blame the burglary on the current Mayor, thereby allowing him to push his own chosen lackey into office. Weasel informs the Conquer-Lord that Moon Knight foiled the robbery, and he presents him with a comprehensive dossier containing Moon Knight's true identity, as well as that of his various aliases. Satisfied that Weasel has told him everything he needs to know about Moon Knight, the Conquer-Lord promptly kills him.

That evening, Moon Knight returns home to lavish Spector Mansion and briefly speaks with his lover and Girl Friday, Marlene Fontaine. Marlene reminds him of a society function that he is to attend in the guise of millionaire Steven Grant, but Moon Knight has more pressing concerns to worry about. Rather than adopting the guise of the millionaire, he instead assumes the identity of his undercover alias, taxicab driver Jake Lockley.

As Lockley, he drives to a diner called The Other Place, where he confers with two trusted confidantes: a waitress named Gena, and a homeless man named Crawley. Crawley is a reservoir of useful information, and tells Jake about the Conquer-Lord and his plans to manipulate the election.

Realizing that the current Mayor's life may be in danger, he returns to Long Island and switches into his Moon Knight costume. He arrives at the Mayor's estate along with Marlene, only to find the Conquer-Lord preparing to attack. The two costumed combatants fight one another, and the Conquer-Lord takes Marlene hostage. Before Moon Knight can make another move, the Mayor's butler bursts open a balcony window screaming that the Mayor has been shot. 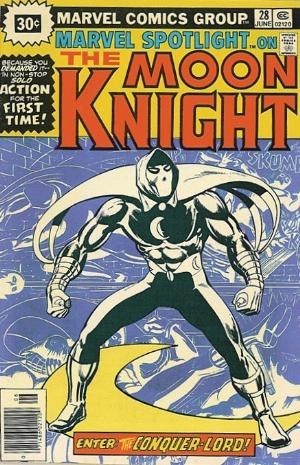 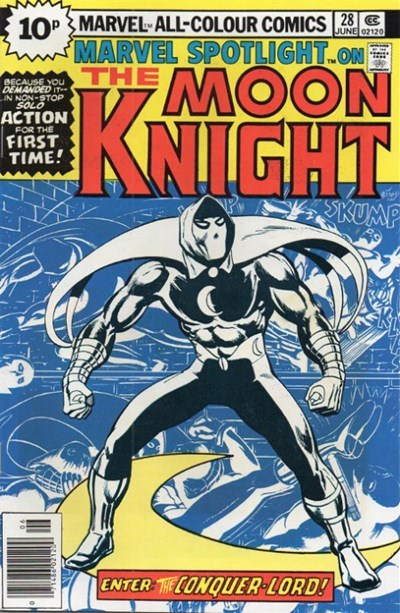