Close
Please fill out the following form to report a missing variant issue from the database.
If this is a regular missing issue, please use the missing submission on the title in question.
Please only report variant missing issues after attempting a thorough search, and do not submit false information.
YOUR IP AND USERNAME WILL BE STORED WITH THE INFORMATION.
MISSING VARIANT INFORMATION
Upload the highest resolution cover scan you can find for this variant. Do not use watermarked scans. 5MB Max Size.
Submit Variant
Issue #116
Issue #118 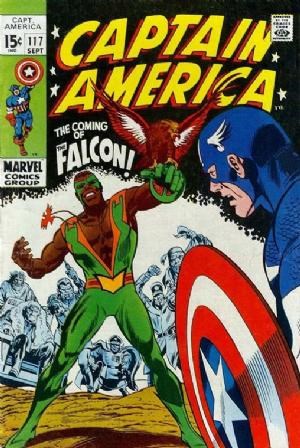 Meanwhile, back in the States, the Red Skull walks around as Captain America, and although he is disgusted by the fame and adoration Captain America is receiving from the masses, he takes a moment to revel in it. While letting adoring fans gaze upon him at a fancy hotel. However, the Skull gets tired of the constant questions from the press and orders them to go away. He then decides to begin the next phase of his plot: Ruining Captain America's good name so that when his true body is found dead, nobody will mourn his passing. The Red Skull's use of the Cosmic Cube has not gone unnoticed, as at the secret headquarters of Advanced Idea Mechanics, the scientists there have detected their inventions use, and report their findings to their leader MODOK, who is still alive and well.
Back on Exile Island, the falcon -- named Redwing -- returns to his master, who set it upon the Exiles to save the man whom they were attacking. Having finished his disguise, Captain America spots the young African-American and thanks him for his help. The young man introduces himself as Sam Wilson, native of Harlem. He tells Captain America that he is nuts about birds, and went from training pigeons from Harlem rooftops, to acquiring his hawk Redwing and training him. He explains to Captain America that he answered an ad in the newspaper looking for workers on this Haitian island for an employer looking to learn how to falcon hunt, unaware that he was entering into the employ of the Exiles. Upon learning of the Exiles and their backgrounds, Sam instead decided to help the local population who have been enslaved by the Exiles and has been trying to convince them to revolt against the group of fascists.
Inspired by Sam's desire for revolution, Captain America offers to help, and explains to Sam the importance of a Mask and Costume as a symbol. As the Exiles continue to search for the "Red Skull", the locals make him a new costume. When it is complete, Sam emerges in his costume as the islands new champion: The Falcon.

You cannot view value information.
Either your session has timed out or you need to log in.
Please login, or sign up for an account. It's free to do!
EXCLUSIVES 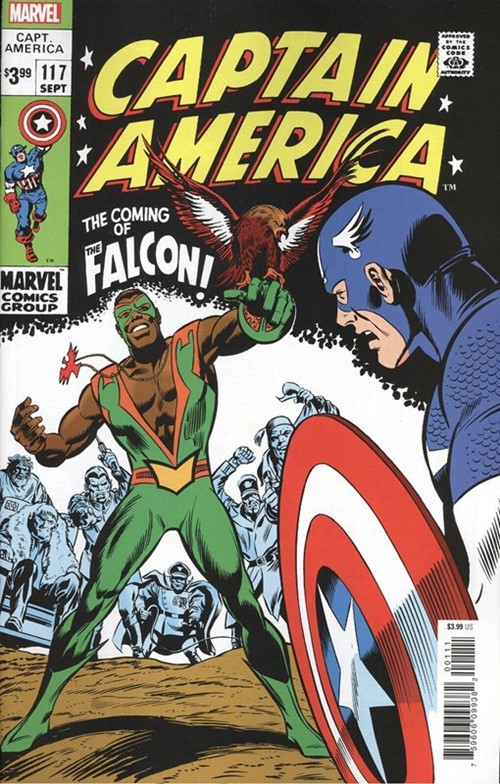