Close
Please fill out the following form to report a missing variant issue from the database.
If this is a regular missing issue, please use the missing submission on the title in question.
Please only report variant missing issues after attempting a thorough search, and do not submit false information.
YOUR IP AND USERNAME WILL BE STORED WITH THE INFORMATION.
MISSING VARIANT INFORMATION
Upload the highest resolution cover scan you can find for this variant. Do not use watermarked scans. 5MB Max Size.
Submit Variant
Issue #132
Issue #134 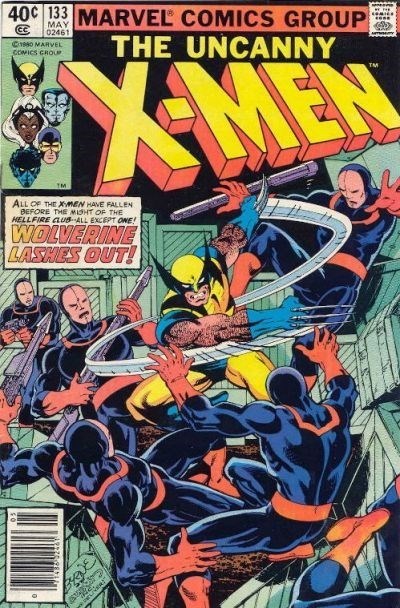 Basic Information
Published
May 1980
Comic Age
Bronze
Cover Price
.40
UPC
0714860246105
Creators
Writer
Chris Claremont
Interior Artist
John Byrne
Cover Artist
Inker
Terry Austin
Letterer
Tom Orzechowski
Colorist
Glynis Oliver Wein
Editor
Jim Salicrup
Stories
Stories may contain spoilers
WOLVERINE: ALONE!
The Hellfire Club's Inner Circle has sent some of their soldiers down into the basement of their prestigious club to find the body of Wolverine, whom they assume was killed in a fight with Henry Leland. Wolverine however is alive and well, and is hiding in the rafters. When they his wet body drips water on the soldiers below, they try to shoot him. They fail and Wolverine mortally wounds three of them before he seemingly takes some rifle rounds to the stomach and falls over in some boxes. However, he has been playing possum, having rolled with the shots he tags one more of the soldiers. With only one left on his feet, Wolverine freaks him out enough to get close enough to grab him. Threatening the man with his claws, Wolverine demands to know everything he knows about his employers in the Hellfire Club.
While upstairs, the other X-Men are a prisoner of the Hellfire Club, who are celebrating not only their victory over the X-Men, but the addition of Jean Grey as their new Black Queen. Cyclops, with a ruby quartz helmet on his head puzzles over the fact that somehow Mastermind was able to take control of Jean by making her believe that she is her ancestor, a decadent woman who was a member of the Hellfire Club, and that they are not her friends but captured thieves and slaves that have betrayed her. Realizing that he and Jean still have their psychic rapport, Scott tries to see if he still has access to it in a bid to try and free Jean from Wyngarde's control. Nightcrawler meanwhile asks Shaw what he wants from them, and Shaw explains that the capture of the X-Men will facilitate his goals of experimenting on mutants so that his club can custom make their own mutants.
Meanwhile, on Muir Island, Sean Cassidy finishes his job around the island and goes to check on his lover Moira MacTaggert. She is exhausted after extensive research into Jean's new powers and she fears that her near infinite power levels could threaten the entire world. While in New Mexico, Angel and Professor X wait for word from the X-Men and Charles expresses the difficulty that he has with Cyclops leading the X-Men without his direction.

Back at the Hellfire Club, Wolverine takes a dumbwaiter up to the main floor where a party is still going on. He is considering his options on how to slip by undetected when a guard manages to get the drop on him, putting a gun to his temple. While upstairs, Scott access the psychic rapport with Jean to get into her mind. To his dismay, he finds himself transformed into a Colonial era outfit and that Jason Wyngarde is in Jean's mind as well, despite the fact that Scott knows that Mastermind has no telepathic abilities. The two get into a sword fight, with Mastermind warning Scott that whoever dies here will likely die in the real world as well. Downstairs, Wolverine manages to get the better of the guard who has caught him and tosses him into the middle of the party. With this distraction, Wolverine storms through until he is confronted by the Club's security guards who pile onto him with their clubs swinging.
While upstairs, Scott's telepathic sword fight with Mastermind ends when Mastermind stabbing Scott through the chest with his sword. In the real world the X-Men watch in horror as Cyclops suddenly screams and keels over and as far as the X-Men can tell, their leader is dead. 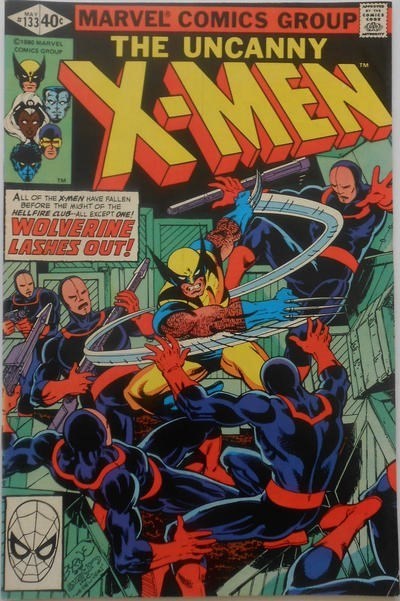 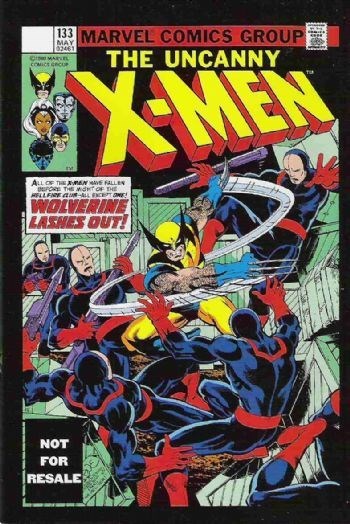 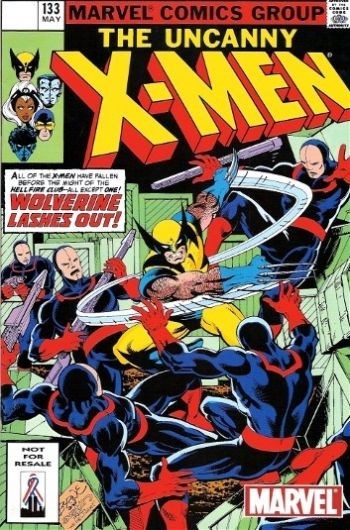