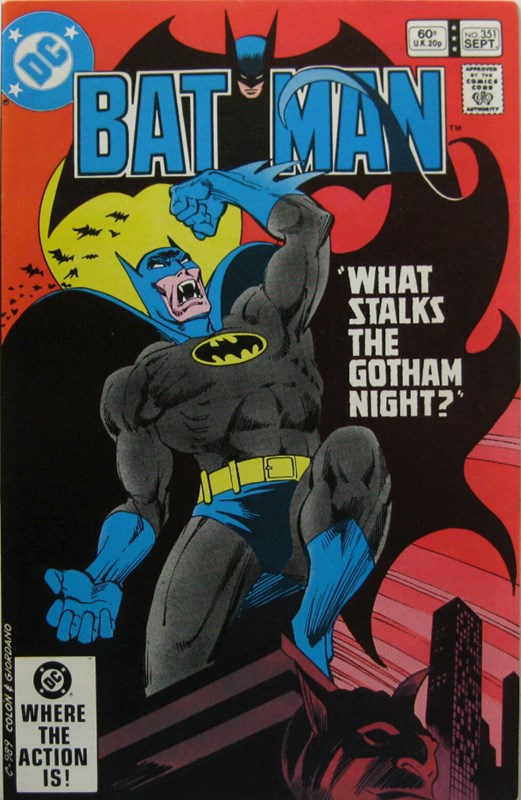 Out on the streets of Gotham City, the damned soul of the man that was once Batman watches closely as Dick Grayson takes Vicki Vale home after last night's party. When Dick tries to claim her soul, Batman prevents it by giving him a command from a distance and only heard by the two of them. Vicki assumes Dick was just stepping out of bounds and forgets the incident. However, when she is gone into the building, Batman strikes at his young vampire ward and knocks him unconscious for his lack of control.

Meanwhile, Alfred has finished listening to Father Green's information about the vampires, but the priest has gone on his way. At dawn, Alfred is shocked to see Bruce sitting at the table as if nothing had happened, but the man reveals himself as Christopher Chance, the Human Target, who Alfred hired to impersonate Bruce. Chance's presence is much welcome by Alfred, but the butler has to descend to the Batcave as he is being summoned by the vampire Batman, who has returned with Dick. Batman straps Dick to a table and when the young undead awakes, he struggles to free himself from the bonds. Watching the ghastly scene, Alfred has no option but to call Father Green to help them revert the curse.

Meanwhile, Jason Bard and Commissioner Gordon interrogate a professional photographer, known for his connections with the underworld, about the fake photo evidence that was used against Arthur Reeves.

Moments later, Father Green arrives at Wayne Manor and Alfred takes him to the Batcave, where he informs the vampire Batman that the curse may only be lifted by a total blood transfusion or a serum from the Monk's own blood. Knowing what they have to do, Batman and Father Green go to the vampire's lair, where they only find Dala, who tells them about the Monk's sacred sanctum in an abandoned church. Batman and Father Green go to the place and after a brief confrontation, Batman manages to defeat the Monk and Dala, allowing Father Green to start the transfusion process.

At that moment, Vicki realizes that her pictures of Batman's identity are gone, but she is unaware that Rupert Thorne has gotten them and knows the truth and this is the reason why he hires Deadshot to kill Wayne.